Could Ketamine Therapy Provide a Path out of Addiction for Meth Users?

While more investments in research are needed, the treatment of methamphetamine addiction through a tailored program of ketamine therapy could make a dent in tackling a nearly 40 year old epidemic.

Methamphetamine use in adults who have been diagnosed with Attention-Deficit/Hyperactivity Disorder (ADHD) during their childhood occurs much more frequently than people outside of the world of rehabilitation realize. It seems that the young brain becomes accustomed to having stimulants introduced into it. After an individual with ADHD completes their schooling, most discontinue their medications, leaving some to find it missing from their life.

This was the case of a patient that I treated whom, after high school, began using meth to stay awake for longer hours and thus increase their capacity to work. He was a farmer who worked long hours (sometimes up to 18-20 hours per day) in the field in mostly dull and isolated situations. This patient described driving through long rows of crops that offered very little stimulating engagement. Additionally, his duties included repairing equipment, painting, mending fences, tending to livestock, and engaging in the other activities necessary to run a functioning farm.

With little to no help, it became a gargantuan task just to maintain the farm operation. As a consequence, he experienced ceaseless concerns about the day’s tasks, often becoming overwhelmed by the enormous scope of work, inducing high levels of stress and anxiety. Unfortunately, meth use exacerbates those exact feelings.

After being referred to his case, my focus as a clinician was on breaking the cycle of anxiety and stress. Much of his anxiety was directly attributable to the meth intake due to the increase in cognitive activity that comes with it. To him, he was able to “get a lot done” although in hindsight, his efforts were largely seen as wasteful and futile. Much like a hamster in a wheel, he never really got anywhere in his tasks, requiring more time and energy to truly complete his work.

After our first session, he stated that he began to realize how much time he had wasted on things that had no value or benefit. He also started to understand how engaging in these often meaningless and time-wasting efforts took him away from focusing on his own life, the tumultuous relationship with his parents, and his avoidant romantic relationship. To him, if he was always working, he would never have to face the realities of these worries.

Upon meeting him for a second infusion of low-dose ketamine, he admitted that his desire to use meth was lower than it ever had been before. He felt increased benefit in daily life and had found joy for the first time in years. He did notice that there was still some lingering anxiety but noted that it had improved and was no longer an insurmountable roadblock. During the second session, he began noticing how his interpersonal relationships had been affected by his poor decision making, lack of prioritizing, and avoidance of his own feelings while determining that the person he was truly mad at was himself.

By the third ketamine therapy session, he felt clear about his life and had cultivated a healthy relationship to his work. He noticed that there were a lot less things to be angry about in his daily life and even began thinking about his relationship with his father, which was a serious point of contention for him. It was apparent that by this point in his treatment that the benefits of the ketamine treatments were clear and durable. He was able to make better decisions, face issues that had been previously avoided, and confront uncomfortable situations that led him to use meth in the first place. He told me that he had deleted his meth dealer’s phone number and never wanted to call them again.

He completed a series of six infusions along with several booster sessions and maintained sobriety from meth throughout that time. His perception on his life had drastically changed, per his report. While still experiencing hardships in his romantic relationship, he is much better equipped to gain insights into their communication, their points of conflict, and what keeps them together.

A few months after his final booster, he admitted that the cravings had returned due to breaking treatment compliance which led to a few more booster sessions that ultimately reduced his cravings overall. While he was able to maintain his sobriety from methamphetamines while he was treatment compliant, he did struggle when he was out of compliance. This led to a deeper intervention of after-care in order to minimize his desire for use.

It is my hope that further research and resources are poured into providing relief from meth addiction through a personalized ketamine intervention in order to get their life back.

Learn about how we utilize tripsitters in our at-home, physician directed treatment plan of evidence-based ketamine therapy by joining our newsletter. Remember to always get advice from your physician before beginning any medical treatment.

Healthline, Treating Alcohol Use with Ketamine? New Research Finds It May Help
https://www.healthline.com/health-news/how-ketamine-may-help-treat-alcohol-use-disorder 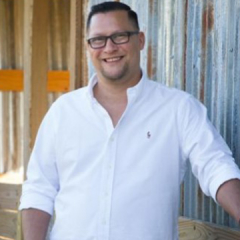